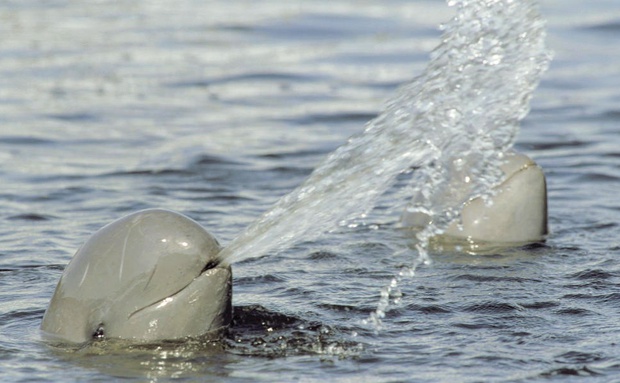 Irrawaddy dolphins (Orcaella brevirostris) are an endangered species found in coastal areas in South and Southeast Asia, and in three rivers: the Ayeyarwady(Myanmar), the Mahakam (Indonesian Borneo) and the Mekong. Irrawaddy dolphins are endangered and have an estimated total population of 7,100. There are less than 70 individuals left in the Irrawaddy River in Myanmar, where they are critically endangered. Irrawaddy dolphins have a grey body, a blunt forehead and nose, the colouration is grey overall with no distinctive markings except for a slightly lighter belly. It is the only dolphin known to spit a stream of water for a deep dive and to spit fish and sometimes spit for social interactions. They can live up to 30 to 50 years.

Irrawaddy dolphins feed on fishes, crustaceans, Cephalopoda and fish eggs. They generally hunt in groups of about seven dolphins, encircling their prey to trap and feed on them. They often dive down into the water to search for food and have been known to spit in order to herd fish for feeding.

These dolphins have polygynous mating system, where each male mates with a number of females. Male dolphins compete with each other for their mating rights. There is very scarce information on the reproductive biology of this species. However, they are likely to breed in December-June. Gestation period lasts for about 9 months, though data from two captive births has shown 14 months of gestation. Usually, females yield a single baby with an interval of 2-3 years. During the first seven months of its life, the offspring feeds exclusively on the nutrition from its mother. The calf learns to prey on fish, observing the behavior of its mother as well as other members of the pod. By the age of 6 months, young dolphins begin eating fish, being completely weaned at 2 years old. They are thought to become sexually mature within 7-9 years. 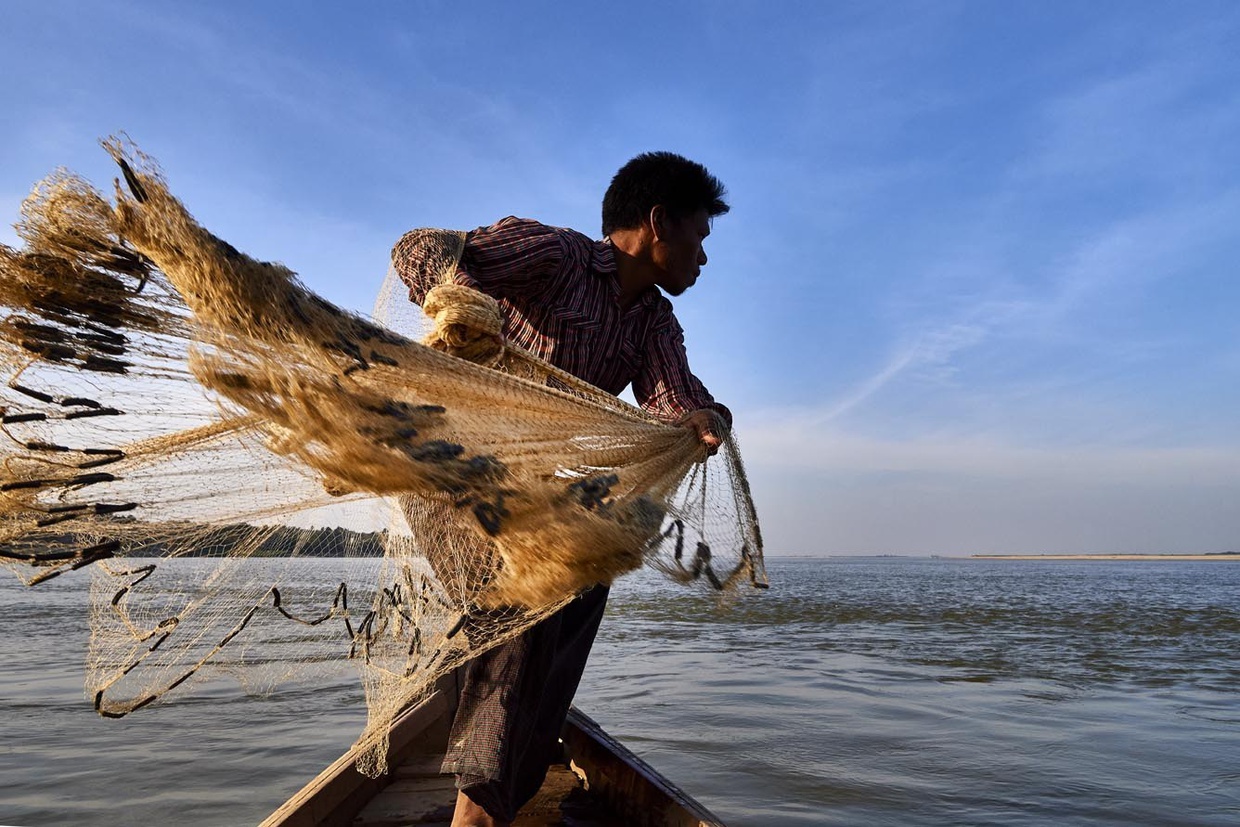 In Myanmar, this amazingly clever and intelligent species has learned to fish in a mutually beneficial way together with cast net fishermen, termed “ Cooperative Fishing” a phenomenon found nowhere else in the world. Irrawaddy dolphins cooperatively fish with fishermen who use catch or throw nets in the Ayeyarwady River in Myanmar. Fishermen let the dolphins know they are ready to fish by tapping the side of their boats. Then, the dolphins swim in smaller and smaller semicircles, herding the fish towards the fishermen. The dolphins often dive deeply just after the net is thrown and create turbulence under the surface around the outside of the net. The dolphins eat the fish whose movements are confused by the sinking net and those that are momentarily trapped around the edges of the lead line or stuck in the mud at the bottom just after the net is pulled up. This tradition is part of Myanmar’s rich natural and cultural heritage and is one of the best examples of a symbiotic relationship between man and nature.

Why are the Irrawaddy dolphins endangered?

The status of the Irrawaddy dolphin has been raised from vulnerable to endangered as its numbers have fallen by half over the past 60 years due to human activities, according to the latest Red List of the threatened species produced by the International Union for Conservation of Nature (IUCN).

The dolphin population of the Ayeyarwaddy River is low and one of the major threats is from electric fishing which can cause electrocution of dolphins while fishermen try to kill fish by using batteries and long metal ports. That fishing method also causes habitat displacement and depletion of fish stocks. Another threat is entanglement in gillnets placed across large sections of the river to catch all passing fish. 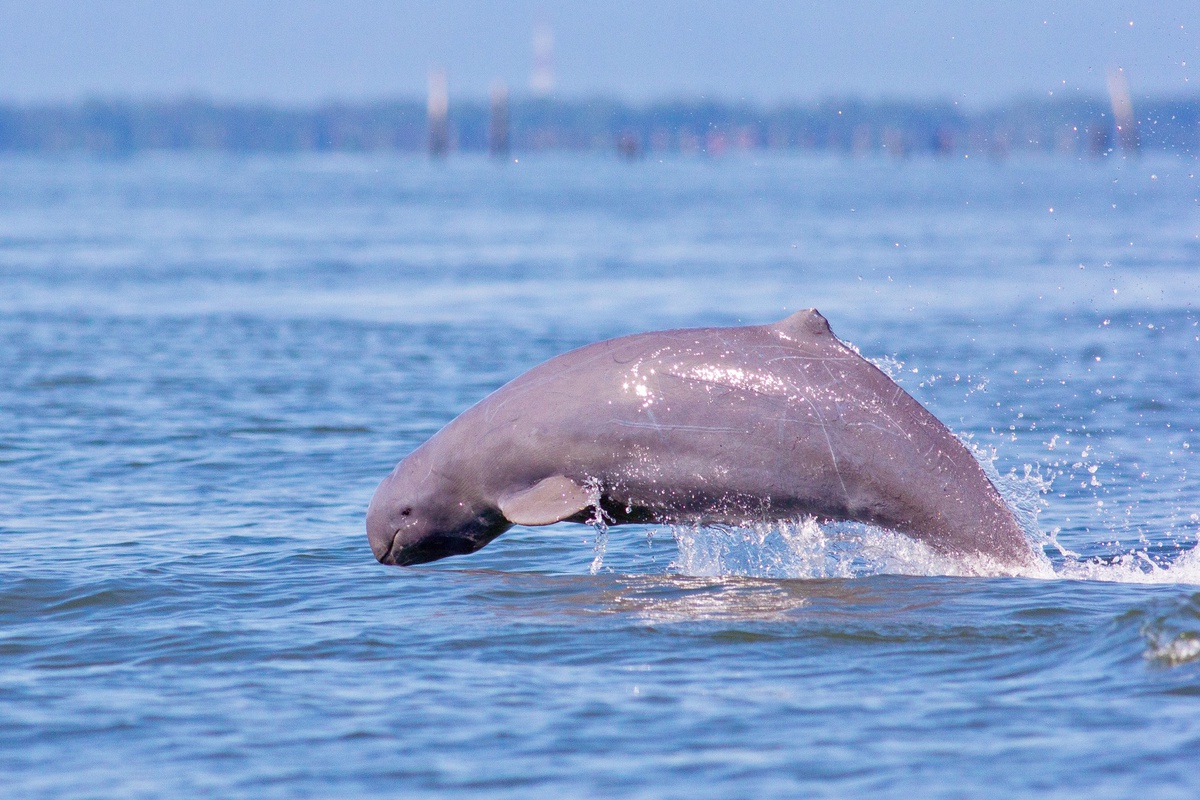 Dolphin Tours are designed for best chances of seeing Irrawaddy dolphins and cooperative fishing. If you want sustainability and glamping experience on the Ayeyarwaddy, book our dolphin itineraries to provide you with a better chance of seeing dolphins and a richer interactive experience with local people.

Once you visit, you always help community development and raise awareness to protect dolphins and cooperative fishing.

Customize your sustainability and community-based trip with our travel expert>>>>